“When I speak of sex, I do not mean ‘fucking,’ but the embrace prompted by genuine love.

Sexual functioning disorders are distinguished in:

Sexual desire may be reduced.

There is then a lack of sexual fantasies and no desire to have sex. There may also be an aversion to having sex with a partner. This can mean a change in a relationship, sometimes even hostility. In the vast majority of cases, decreased sex drive is the result of relationship problems. Yet there are also organic factors that can play a role and personality traits where someone cannot see themselves as sexually attractive or has had unpleasant experiences in this area in the past. It will be clear that someone who finds himself attractive, who has previously experienced pleasant sexual contact and who has found a suitable partner, will have less sexual problems than someone who lacks all this.

Sexual arousal is much more common than expected.

A third of the women who were asked about their experiences in large studies indicated that they had sexual arousal problems and stayed long enough to reach an orgasm. Fear, guilt can play a role, sometimes it is a result of the lesser desire mentioned earlier. The moment also plays a role in the menstrual cycle for women. Not getting excited or staying too long is called erectile dysfunction in men. Some men have had this all their lives, others have it only in certain situations, for example excited by a prostitute but not at home with a girlfriend or wife. 10 to 20% of men experience problems maintaining the erection. The potency decreases with age. In addition to relationship problems, anxiety and guilt can also play a role in men. The list of organic factors that influence sexual functioning is very long. Many physical diseases lead to male erectile dysfunction. The list of medications that adversely affect sexual arousal and orgasm is almost endless. There is probably no pill that does not affect the very fine interplay of nerve endings, neuroendocrine regulation mechanisms and psychological factors that play a role in sex.

Orgasm disturbances can last a long time. Only a small percentage of women have never experienced an orgasm around age 35. Disorders in the woman’s orgasm decrease with age. A possible explanation could be that more experience has been gained, that fear and shame play less of a role. There are many psychological factors that hinder the orgasm in women. Fear of pregnancy, fear of partner rejection, fear of damage, hostility, guilt.

No orgasm can be experienced in men.

A distinction can be made between not experiencing ejaculation with an orgasm or vice versa, such as with premature ejaculation. Usually ambivalent feelings in the relationship to the partner play the main role, and differences of opinion about whether or not pregnancy can contribute to the problem. Premature ejaculation is distinguished as a separate disorder. The definitions differ. Really premature is ejaculation before a full erection is achieved. Usually it means that the man has reached an orgasm before penetration has taken place. It is then too early especially relative to the partner.

The post-sex disorders mainly concern headaches that can sometimes last for several hours. Migraines and other headaches can sometimes be triggered by sexual activity and orgasm. According to Wilhelm Reich, MD, “guilt feelings and hypochondriacal anxiety, which disturbs the course of excitation during the act itself … causes neurasthenia [i.e. fatigue, headache, depression].Pain before, during and after sex is a reason for further investigation by a doctor, gynecologist. But here, too, psychological factors often play the most important role.

Recognize yourself or your partner in one of these symptoms?

If you recognize yourself or your partner in one of these symptoms, an evaluation is recommended. At the Institute for Bodymind Integration we work with methods and techniques that have proven their value in this area .:

“[Unarmoured] Life also lets its love relationships grow slowly from a first comprehensive glance to the fullest yielding during the quivering embrace. Life does not rush toward the embrace. It is in no hurry . . . So also, Life does not, in meeting a mate, begin with the idea of the embrace. Life meets because it just meets. It can separate again; it can walk together a stretch and then separate; or it may go all the way toward the full merger. Life has no preconceived idea of what will happen in the future. Life lets things run their natural course.”

“It takes many months, sometimes years, to learn to know your love partner in the body. The finding of the body of the beloved one itself is gratification of the first order . . . this search itself and the mutual wordless finding one’s way into the beloved’s sensations and truly cosmic quivering, is pure delight, clean like water in a mountain brook. This heart-warming continuous experience of love and contact and mutual surrender and body delight is the decent bondage which goes with every naturally growing marriage.” 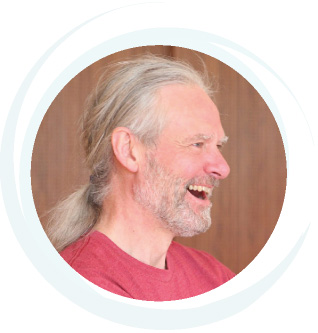 Dirk Marivoet, MSc. is a European certified psychotherapist (ECP). He studied physiotherapy as well as psychomotor therapy at the University of Leuven. Next he worked in the clinics and taught for 11 years at this university. For over 30 years now he has worked in a holistic way and is especially interested in the integration of body, mind and spirit in service of individual, collective and global development.

Dirk Marivoet and his colleagues at the IBI (International Institute of Bodymind Integration) offer individual therapy sessions for those interested in this mind-body approach.

Know more and book an appointment

Other problems and themes that can be addressed with integrative psychotherapy 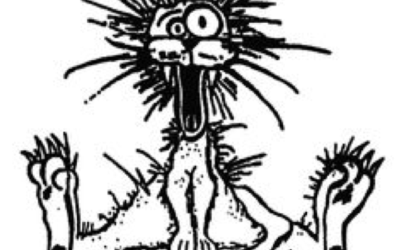 What types of stress do we distinguish? Positive stress (eustress) Not all forms of stress are unhealthy (see image). So-called "eustress" as a result of a positive event in your life such as a family celebration, the birth of a child or the start of a journey keep... 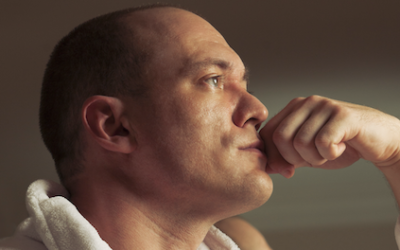 "It's so hard to describe depression to someone who's never been there because it's not grief. I know grief. Grief is crying and feeling. But it's that cold absence of feeling - that really hollowed out feeling."—J.K. Rowling “I was so scared to give up depression,... 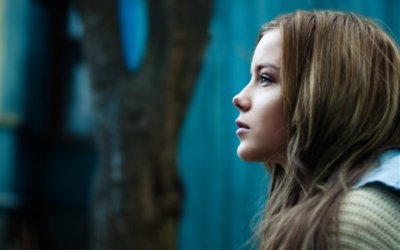