Come join us this Thursday 17.11.2022 at 8:00 PM CET in this FREE promotional webinar where Dirk Marivoet, Founder and Director of IBI will discuss his Core Strokes method which he developed bringing together 30 years of practice and teaching.

This psycho-corporal method applies basic principles of somatic psychology, as present in the pioneering approaches it builds upon:

The training in Core Strokes is continuously being updated following the quickly moving new research insights coming from the fields of fascia, polyvagal theory, trauma-informed practice and the neuroscience of change. I also underwrite the trans-disciplinary perspective in which emergent properties in individuals and the collective are seen as stemming from the dynamic interactions among all health domains (biological, psychological, social, behavioral, spiritual), that collectively shape global health.

In line with the previous, in Core Strokes, the word ‘Core‘ stands for the ‘Center of Right Energy‘ and ‘Strokes‘ for the units of recognition (which can be verbal or non-verbal) that we are able to give via a secure heart-face connection including the deeper energies of the belly and pelvic segment.  When in the compassionate heart, words that matter, and touches that do to it, can help people to allow for more of their power and vulnerability, so that they can come out with whatever emerges and feel received, or can receive which is just right.

The originality and effectiveness of the Core Strokes method lies in its ability to integrate and work simultaneously with the multiple sources of inspiration it draws upon. Core Strokes allows one to be and know one’s authentic self with the help of a compassionate and embodied “know thyself” revelation (character analysis) that allows chronic defense and protection mechanisms to be freed, transformed, and purified, so that possible burdens of the past can be let (acceptance), let go of (release), let in (commitment to that too) and so be more integrated and whole.

Dirk Marivoet will start with a talk on the topic and afterwards there will be time for questions, answers and future developments. 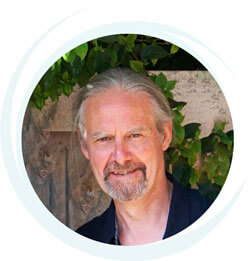 Dirk Marivoet is a registered European certified psychotherapist (ECP). He first studied physiotherapy (MSc.) and subsequently psychomotor therapy at KU Leuven, after which for 11 years he was a staff member at the University Psychiatry Centers (UPC) of his Alma Mater. There, in the capacity of body-oriented therapist, he further immersed himself in psychoanalysis, sociotherapy, bodymind integration (he is a master practitioner, trainer & supervisor in the methods of Postural Integration®, Energetic Integration® & Pelvic-Heart Integration®). He also worked closely with Al Pesso in PBSP, was deeply involved in Bio-Energetics, Reichian Therapy, and with the Human Potential Movement as a whole, as well as with Shamans. He eventually started training in Core Energetics in 1995. Currently he is a senior teacher and supervisor, working in different institutes. In 1994 Dirk founded the Institute for Bodymind Integration (IBI) (now Int’l) from where he, with more than 35 years of clinical and teaching experience, brings his clinical, scientific and trans-disciplinary influences together in his personal approach Core Strokes ™, which he’s spreading internationally. With a commitment to lifelong learning, the integration and unification of body, mind, emotion, will and spirit, Dirk is also a founding member and current president of the Core Science Foundation.

The event is finished.

Register for this event